On November 24th, the 12th China-Mongolia Media Forum was held online. Xu Lin, Vice Minister of Publicity Department of the CPC Central Committee and Director of China’s State Council Information Office, attended and addressed the forum via video link.  The forum is themed on “Jointly Building a Community with a Shared Future for Mankind”.

Xu Lin, Vice Minister of Publicity Department of the CPC Central Committee and Director of China’s State Council Information Office, is attending and addressing the forum via video link. (Photo by Feng Zhenyu)

Xu Lin said in his speech that China and Mongolia are friendly neighbors linked by mountains and rivers, and the development of bilateral relations maintains a good momentum. He called on media professionals from China and Mongolia to work together to boost mutual prosperity and friendship between the two countries. 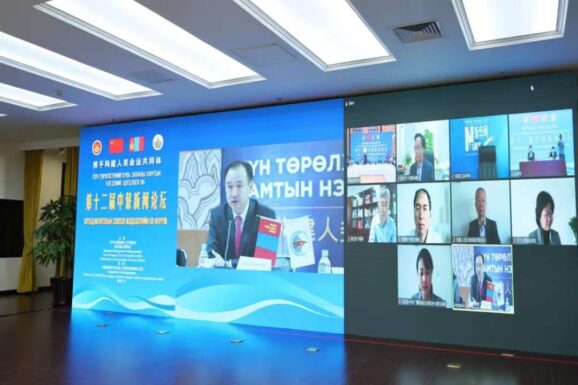 Damdin Tsogtbaatar, member of the State Great Khural of Mongolia, is attending and addressing the forum. (Photo by Feng Zhenyu)

Damdin Tsogtbaatar, a member of Mongolia’s parliament, also called on the two countries to expand cooperation and exchanges. He said media personnel have contributed to promoting mutual trust and cultural exchanges between the two countries, highlighting that cooperation is the only option in the face of challenges and uncertainty brought about by the pandemic.

Liu Zhengrong, Vice Chairman of All-China Journalists Association, stated in his keynote speech that media exchange and cooperation are an important part of building a China and Mongolia community with a shared future. He hoped that under the guidance of the concept of building a community with a shared future for mankind, the media communities would resolutely stand together in the joint fight against the pandemic, foster atmosphere for cooperation and common development, consolidate the foundation for people-to-people bond, deepen inter-connected communication and vigorous carry out higher-quality media exchange and cooperation to inject new momentum into the development of China-Mongolia comprehensive strategic partnership. 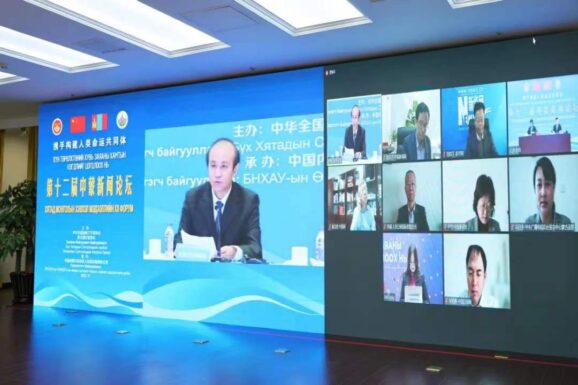 Zheng Hongfan, member of the Standing Committee and head of the Publicity Department of the CPC Inner Mongolia Autonomous Region Committee is attending and addressing the forum.(Photo by Feng Zhenyu) 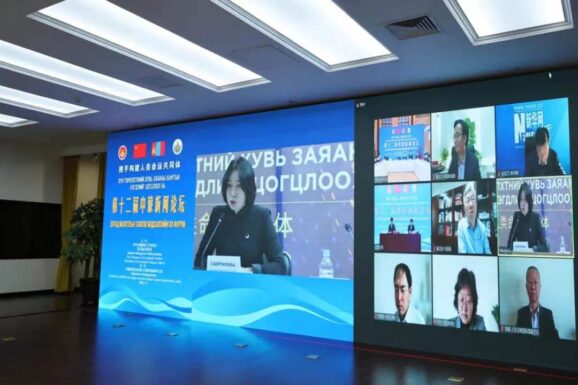 Z. Borgilmaa, acting president of the Confederation of Mongolian Journalists is attending and addressing the forum. (Photo by Feng Zhenyu)

Representatives from Chinese and Mongolian media exchanged ideas on the theme. (Photo by Feng Zhenyu)

The China-Mongolia Media Forum has been an important platform for media exchange and cooperation between China and Mongolia since its inception in 2010. The forum has been serving as a bridge to deepen friendship between the two countries and promote mutual understanding between the two peoples.